21-06-2020
Engineer Issam Bin Abdullah Khalaf, Minister of Works, Municipal Affairs and Urban Planning, announced that all Bahrainis who have fishing licenses known as "part-time seas" are permitted to practice fishing in accordance with the controls and regulations in this field.
Khalaf said that it was decided to allow them to practice fishing immediately, after coordination between the Agriculture and Marine Resources Agency and the Coast Guard Command at the Ministry of Interior regarding the implementation of the provisions of laws regarding the regulation of marine fishing within the territorial waters of the Kingdom of Bahrain.
The Minister affirmed that this type of license is granted to Bahrainis to practice marine fishing according to specific conditions and controls, the most important of which is to help professional fishermen of the elderly or who have special circumstances that require that their relatives be with them on board during the practice of marine fishing, in addition to professional sailors who hold licenses who They have no foreign labor.
Khalaf explained that this encourages Bahrainis to enter the field of marine fishing, which is one of the vital sectors important for achieving the ministry's strategy to contribute to the national food security of the Kingdom.
The Minister Khalaf extended his thanks and appreciation to the Coast Guard Command for its continuous cooperation with the Agricultural and Marine Resources Agency in achieving the interest of the country. 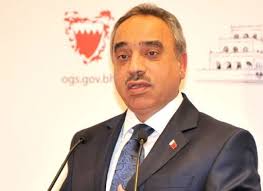